The top films of 2018, according to Arthouse Garage

I want to preface this list by saying that I’m aware list-making itself is a mostly frivolous endeavor, and my rankings surely say a lot more about me than they do about the films. Also most of these films are all so close in my mind that you can almost consider these “in no particular order.” That said, making a top ten list seems like the thing to do in the film world, and it’s fun. But please know that I know it’s reductionist and ultimately unimportant.

Anyway, here it is: 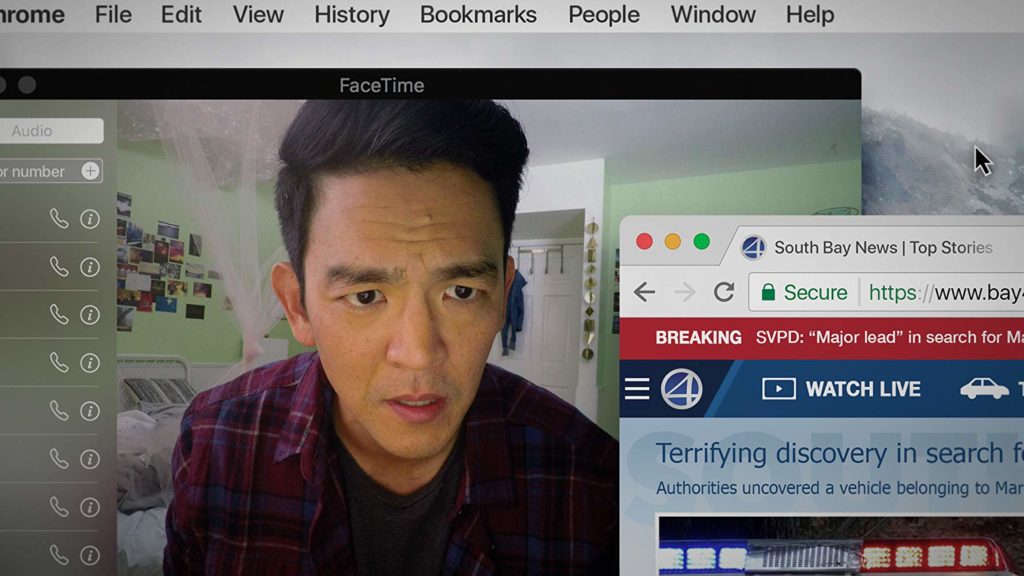 As a tech-y guy, the “screen life” format of Searching really spoke to me. Entirely through computer screens, we watch John Cho’s David search for his missing daughter. The bulk of the film is viewed on a modern MacOS desktop, but I love that the opening tells the family’s history on Windows XP, whisking us through photos and emails over the years. The whole film carries us though a digital world in a way that is initially deeply emotional, and later, genuinely thrilling. 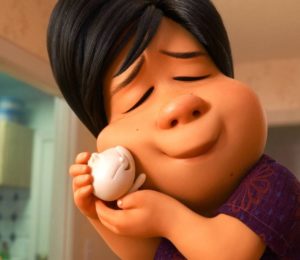 I’m a parent, so my free time is limited, and that means short is good. So Pixar’s Bao gets points for being only 8 minutes long. It also gets points for being more memorable than the feature it preceded theatrically (the very fun Incredibles 2), and for tugging the heart strings in a quick and efficient package. Through a very focused story, we are immersed in the Chinese culture of the central family, mostly through close-ups of some very tasty looking food. I’m a sucker for food movies. I’m also a sucker for magical realism, so I really loved this film’s bizarre ending. It wraps up with a reminder of the importance of family ties, and ultimately encourages us to reach across generational and cultural divides.

I’m probably showing my Arkansas bias with this pick, but I do truly think this movie is fantastic. Antiquities is so very accessible and likable that I can’t think of single person I wouldn’t recommend it to. It’s a story about grief and connecting with the memories of lost loved ones, but it’s also hilarious and romantic and thoughtful. Its hero Walt (played by The Walking Dead‘s Andrew J. West) has just moved back to his late father’s hometown and taken a job at his old workplace, an antique mall who’s unique staff fills out the film’s very funny cast.

7) Spider-Man: Into the Spider-Verse

My mother recently watched the 2007 documentary The Pixar Story, and she commented to me on the phone the other day how she was struck by just how groundbreaking Toy Story was when it came out. There was so little context for anything outside of hand-drawn animation in 1995 that even people in the film industry had very little understanding of what computer-generated animation could be until they saw it. It was truly unique in its time.

Spider-Man: Into the Spider-Verse represents a similar shift; it may not be as earth-shattering as Toy Story was when it came out, but in a world where animated films look one of only a few ways, Spider-Man is vastly different than the rest and I think will usher in a new wave of animated films. I should also mention that this movie is incredibly inventive and fun, stylistically thrilling, hysterically funny, and it does incredible things for representation. All good things. 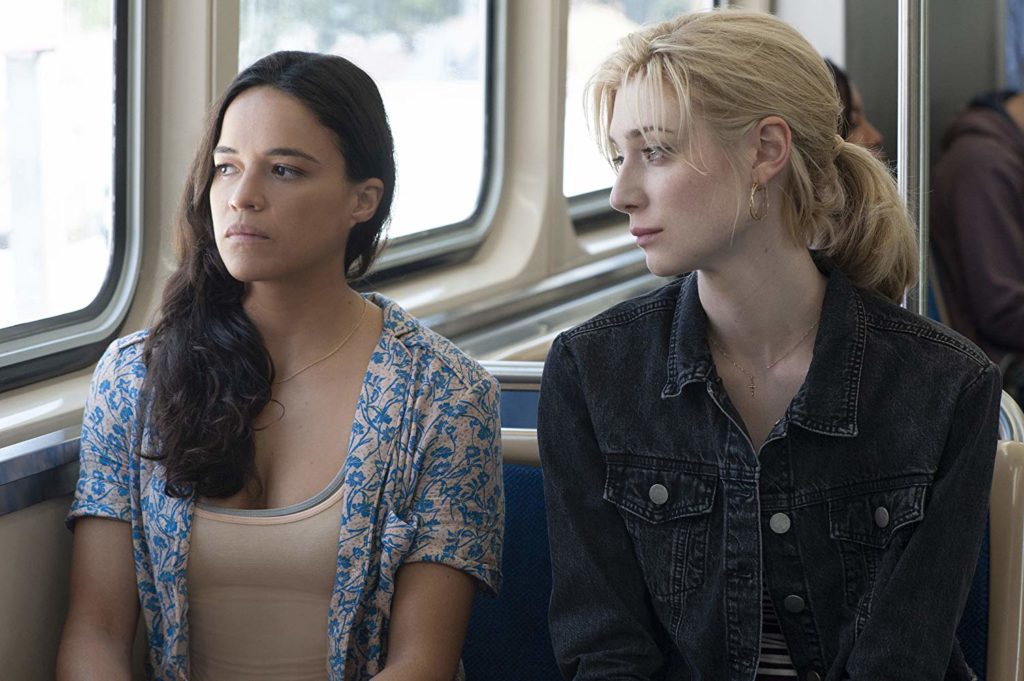 I’ve always been drawn to Chicago stories, so when I realized about 20 minutes into Widows that Chicago is deeply embedded into the plot, I was thrilled. The performances by the leading ladies (and men) are all top notch, and the story of crime and political corruption is enthralling in the way it’s presented. Steve McQueen’s visual inventiveness was such a compelling part of his previous film, 12 Years a Slave, so I was happy to see that level of care given to a film of this genre. This movie earns a spot on the shelf next to the best modern crime thrillers, not in spite, but because, of the fact that it focuses less on thrills and action, and more on its characters and style. 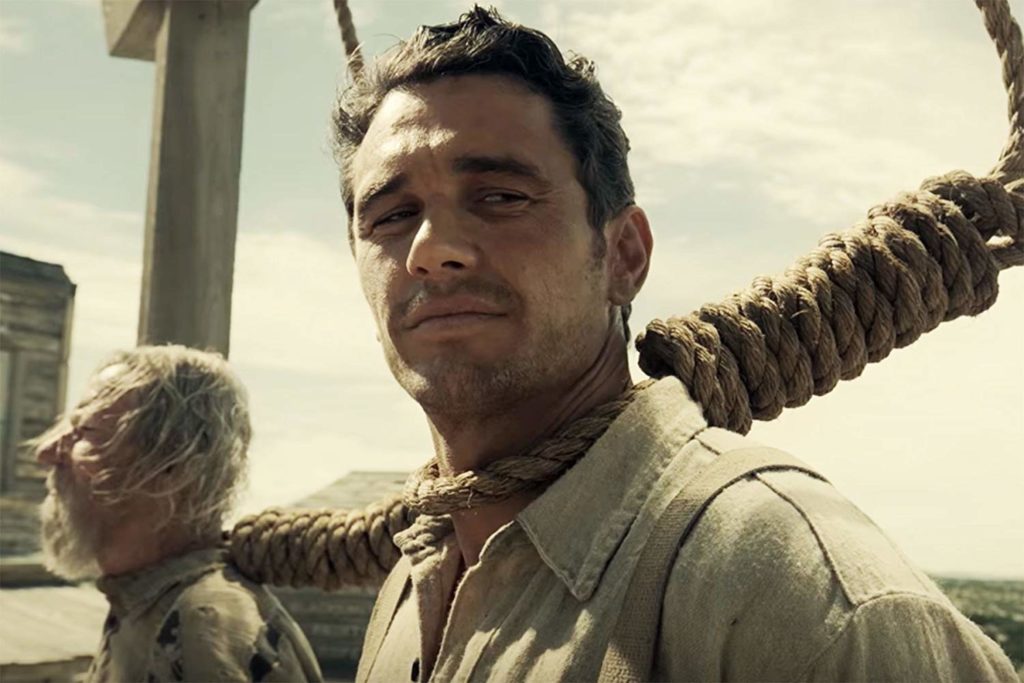 5) The Ballad of Buster Scruggs

It isn’t every day that some of the best working film directors decide to create an anthology film, so when I heard the concept of The Ballad of Buster Scruggs I was immediately intrigued, but I was also nervous they might not be able to capture that wonderful and ineffable Coen-ness in smaller packages. I was wrong. Each of this film’s six diverse parts stands alone as a strong western short, but they also nicely tie together thematically and come to a compelling, if a bit confounding, conclusion. It’s hard to nail down a favorite because they are so very different, and it’s even harder to call out a best performance among this film’s roster of heavy hitters. I’ve continued to contemplate Buster Scruggs since watching it several weeks ago, and I’ve also continued to hum the fantastic When a Cowboy Trades His Spurs for Wings from the title short. And don’t forget to check out the podcast episode I recorded with the wonderful Amy Harrington. 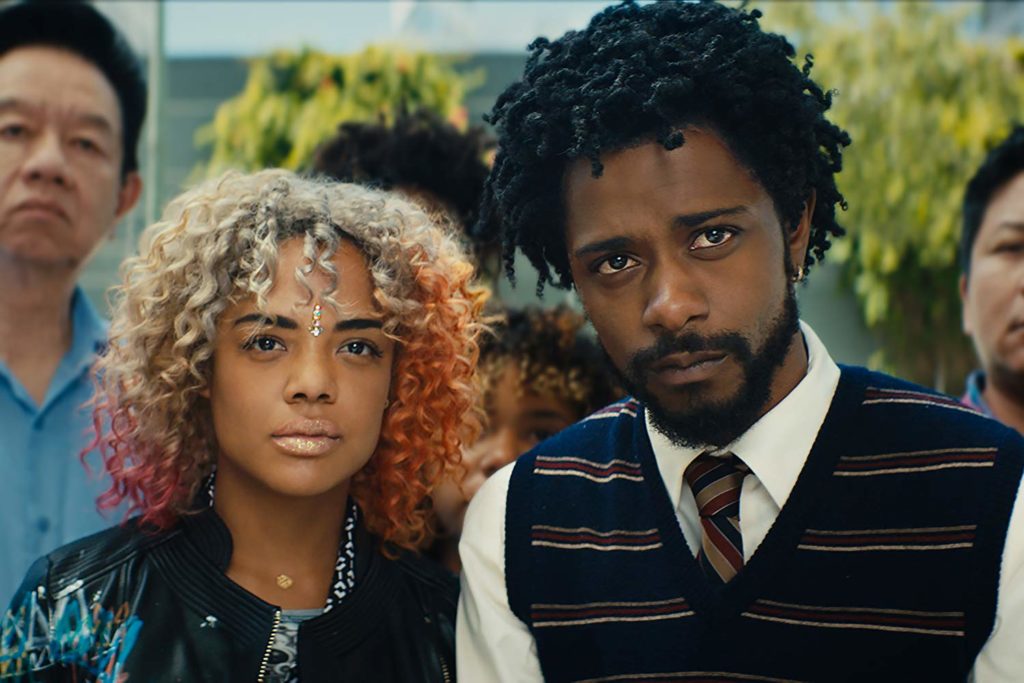 4) Sorry To Bother You

And now for something completely different. Going into Boots Riley’s debut feature Sorry to Bother You, I expected it to be funny and have some interesting things to say about race. I did not expect to have the wildest and most fun cinematic experience since 2010’s Scott Pilgrim vs. the World (a film which I’m obsessed with). The comparisons between those two films don’t go far, but I really was reminded of Scott Pilgrim while watching this because of how visually inventive, vibrant and fun it is, and because of its unpredictable plot. Ultimately, Sorry to Bother You is a much more serious movie than Scott Pilgrim, with a lot to say about society and class structure. At this point, I’ll also watch just about anything with Lakeith Stanfield or Tessa Thompson, and this movie has both. And I was completely on board with the ending by the way. 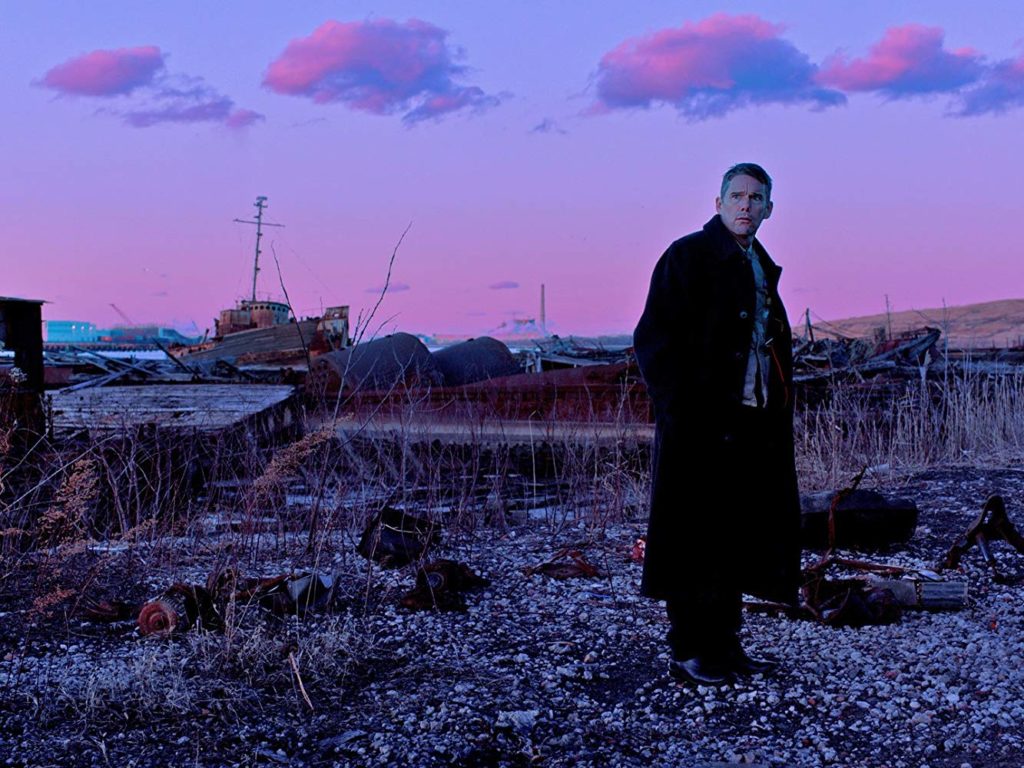 I haven’t been all that aware of Ethan Hawke until the last few years, having done some catching up with the films of Richard Linklater, so I’m a new fan, but I’m a fan. I also was in the middle of marathoning some of the films of Ingmar Bergman before the premature exodus of FilmStruck (RIP), and I had recently watched and been blown away by Bergman’s Winter Light, which tells the story of a disillusioned priest who is having profound doubts, both about his faith and his romantic relationship, and who is dealing with a parishioner having some strong doubts of his own.

First Reformed takes many of the things I love about Winter Light and smashes them together with my love for Ethan Hawke. It is probably the quietest film on this list, though it may have the biggest ideas behind it. Wrestling with questions of faith, environmentalism, mortality and obsession, this movie has been the subject of much discussion with friends, and I continue to ponder its more surprising moments months later. 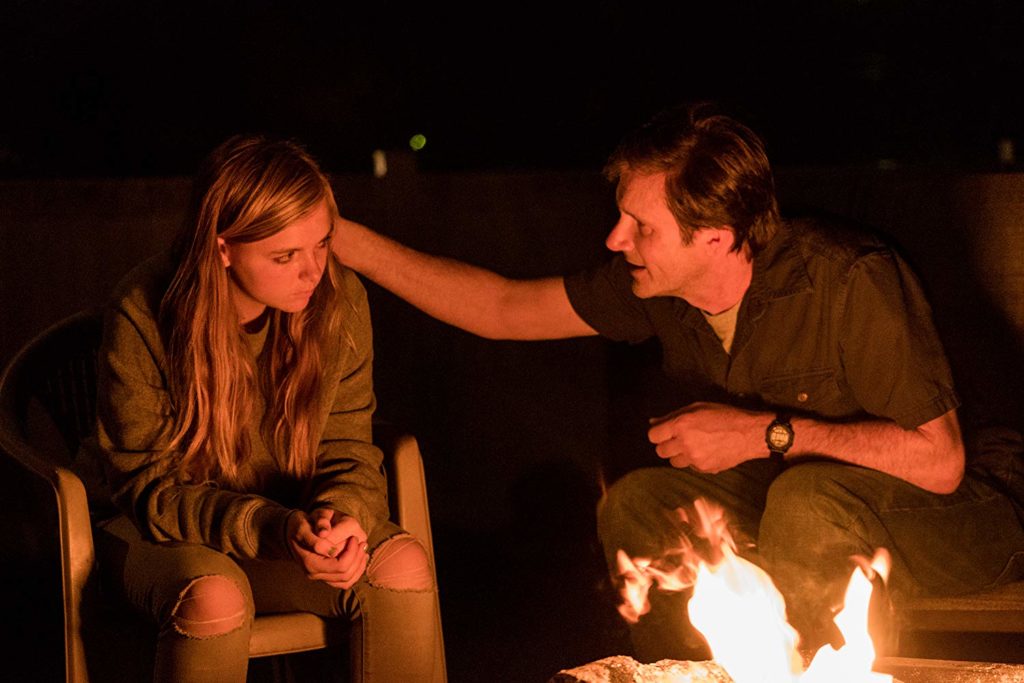 When I spoke the praises of Eighth Grade to my wife, she asked me it was an excessively sad movie, to which I responded: no. It is sad, but it’s also happy and anxiety-inducing and funny and shocking, but more than any of those things it’s just emotional. The film’s protagonist Kayla feels a lot and we feel it with her, even when the thing she’s feeling is complex, like the frustration of boredom, or the joy of being included, or the mixed feelings she has of irritation and love for her father. This movie also doesn’t go for big tearjerking moments or try to control what you’re feeling, it just sucks you in and takes you on an emotional journey. I know I’m saying the world “emotional” a lot, but really this must be the most emotional film of the year, even more than my number 1 pick.

I also love that Eighth Grade is very much about social media and the place it has in our society, but it doesn’t preach about what we should be doing with it. I think most people who watch this will come away thinking we could all stand to take a step back from our phones, but it also depicts how Kayla genuinely expresses herself online in a way she can’t, or won’t, elsewhere. There’s no easy answers here, just a lot of empathy, and for that I love this movie.

I sadly live nowhere close to a big screen showing Alfonso Cuarón’s visually incredible Roma, so I had to settle for headphones and sitting close to the screen in a dark room at home. Even with my viewing limitations, I knew pretty quickly after the credits rolled that this would end up being my favorite of the year.

I’ve realized over the past few years that one of the unique powers of film over other mediums is in the way it can communicate worldview and drive empathy, while at the same time being incredibly accessible, and so I’ve come to love film experiences that immerse me in a culture or time that is vastly different from my own. Roma does exactly this while containing some of the most stunning visuals of the year and moving me to tears through both its depictions of ruthlessness and of kindness.

Like Eighth Grade, this film is incredibly emotional and invites you to feel deeply what its central character, Cleo, is feeling. She goes through some shocking and harrowing experiences and is largely alone in trying to deal with them–the family she works for does care for her, but this care has limits. You can also draw some comparisons to Sorry to Bother You in the way Roma is concerned with class structure. Cleo is a live-in servant, existing in the liminal space between family member and employee, and we watch this tension play out over and over. In one scene the lady of the house, Sofía, is laughing with her like a sister or caring for her like a daughter, and the next she’s scolding her like a cruel boss.

The relationship Cleo has with the children is also one of the pleasures of the film, bringing attention to the fact that this is based on the childhood experiences of Cuarón himself. Ultimately, it’s the mixture of all these ideas and feelings, and it’s the care and love Cuarón obviously has for these characters, that made me fall in love with Roma. The fact that it is visually and technically masterful as well was the icing on the cake that elevated it to be my number one.

Movies I loved this year that didn’t quite make the top 10:

Movies I really wish I had seen: 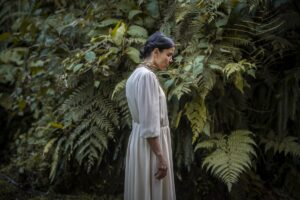 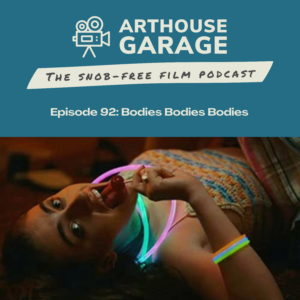 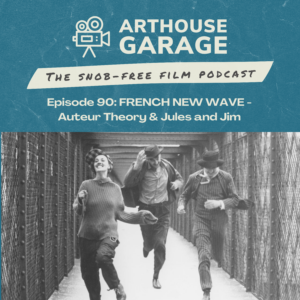 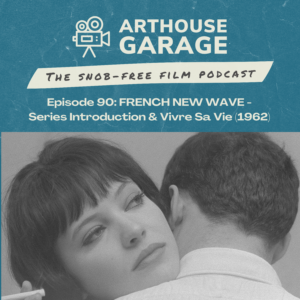