Edgar Wright has always had a fascinating relationship with music. Here’s a few of the high points:

Last Night in Soho’s protagonist Ellie (Thomasin McKenzie) is a fashion student who is obsessed with 1960s music and culture. Ellie’s vinyl collection, her clothing designs, and later her dreams (visions?) are heavily inspired by that stylish decade. She’s also leaving her rural home for the first time for London, where she’s been accepted to a fashion program, and her grandmother warns her repeatedly to be careful in the dangerous city. We learn also that Ellie’s mother “couldn’t handle” London and suffered some sort of mental health episode that resulted in her death some years earlier. Ellie may also be a medium; it’s hinted that she has a history of seeing people, including her late mother, that others can’t.

Ellie’s nostalgia is strong, and when we finally become immersed in the 60s alongside her in the film’s first extended dream sequence, the setting is beautifully and fully realized, making it feel just as vibrant and exciting for us, the audience, as it is for Ellie. The mysterious connection she has to Sandie (Anya Taylor-Joy), the doe-eyed beauty in Ellie’s nighttime alternate reality, is incredibly compelling too. In the initial dream, Sandie shows up determined to make an impression on music producer Jack (Matt Smith) as she’s longing to make it big as a star on the stage. The set design, the costumes, and the music in this film, and especially in those 1960s sequences, are absolutely top-notch and one of its greatest strengths.

Also fantastic is the camera work, as it so often is in Edgar Wright’s films. Wright has always had a strong eye for visuals, never content to give us boring camera angles or lighting choices. When Ellie settles in for her first night in the new room she’s renting to avoid her ghastly college roommate, the flashing neon sign outside her window bathes the room in alternating red and blue light, a recurring visual that represents the sort of twilight between worlds she experiences in this room. Also, in the dream sequences, there’s a recurring visual motif involving reflections, as we see Ellie and Sandie’s parallel movements that establish the alter-ego nature of their connection. The directorial decisions around these visuals are handled perfectly – sometimes we see Sandie in Ellie’s dreams, sometimes we see Ellie in her place, and sometimes we see then both with the help of a nearby mirror. In these reflections, Ellie and Sandie move in lock-step most of the time, but at certain moments this connection intentionally breaks and Ellie becomes an observer more than a participant in the vision.

There’s a great moment at the beginning of Scott Pilgrim vs. The World when Knives Chau sits down on a couch and hears Scott’s band play for the first time. We see the band through her eyes, and as she’s watching them, the camera pulls back, and further back, and further back, revealing that the tiny living room they’re in has become impossibly long. Knives is obsessed, totally immersed in the music; she has tunnel vision. There’s a parallel moment in Soho when Ellie settles into bed for the first time in her new room, pulling the blanket over her head as the camera pulls back revealing that she’s laying in an absurdly enormous space under the sheets. It clues us in to Ellie’s reality; she’s feeling free in this new, independent life, and it also points to the fact that she’s about to enter another world.

Most of the performances in the film are also really solid. This film asks a lot of Thomasin McKenzie and she gives a magnificent performance as Ellie, and Anya Taylor-Joy is pitch-perfect as Sandie, matching the dreamy quality of the scenes she’s in. Diana Rigg also gives a great performance, and sadly one of her last as she passed away last year. Matt Smith plays the handsome music producer, Jack. So much of his presence in this film relies on his physical appearance, and he certainly looks the part. One character that doesn’t quite work, though, is Ellie’s classmate John. The performance by Michael Ajao isn’t bad per-se, but his energy doesn’t really match the rest of the film in a way that really stuck out, and he lacks the chemistry with Tomasin McKenzie that his role really requires.

The first half of this film is engrossing and thrilling as we get to know Ellie and the unusual situation she’s found herself in. Around the halfway point comes an interesting development that shatters Ellie’s idealistic vision of the 60s, turning her nostalgia nightmarish. And—sadly—shortly after this is the point that the film’s screenplay stops feeling cohesive enough to payoff the story’s brilliant setup. Character decisions stop making sense, the plot’s twists and turns are not as compelling as they should be, and the exposition never feels organic. As dreams and real life begin to blur, the story devolves into endless repetitive scenes of Ellie running from place to place, pursued by the supernatural forces that have begun to encroach upon her waking reality.

This film’s heart is in the right place, though. The message about abuse of women, and especially women in the entertainment industry, comes through loud and clear, and serves as a really fresh way of subverting the nostalgia baked into the setting. The script by Krysty Wilson-Cairns cleverly draws connections to our present reality by showing that Ellie’s experience in the modern world is also much more fraught with danger simply because of her gender. The message is important and timely, but unfortunately it’s wrapped up in an overlong and lackluster mystery plot that fails to pay off in a cohesive or satisfying way.

Edgar Wright has an impressive track record as a filmmaker, and he’s responsible for some of my very favorite films. Last Night in Soho has a lot going for it—an incredible setting, a compelling mystery setup, exciting central performances— but unfortunately it fails to live up to the rest of Wright’s filmography. The script starts strong and is full of compelling ideas, but the finale fails to execute and ultimately the film fails flat because of it. If you’re a big fan of Edgar Wright, Anya Taylor-Joy, or the 1960s in general, you’ll find a lot to like about Last Night in Soho, because the first half really is bursting with creativity, just don’t expect too much from the ending.

Last Night in Soho is now playing in theaters. 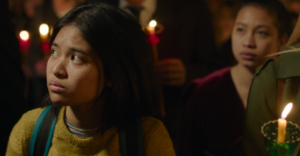 Holy Emy: a distinctive and haunting look at sisterhood and spirituality 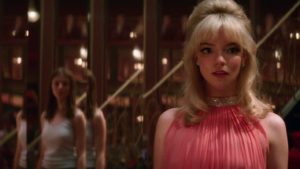 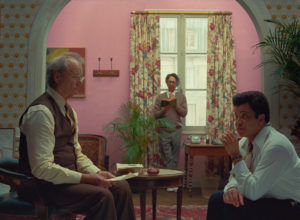 The French Dispatch: Wes Anderson’s literary ode to art and culture is a masterpiece, and his best film yet 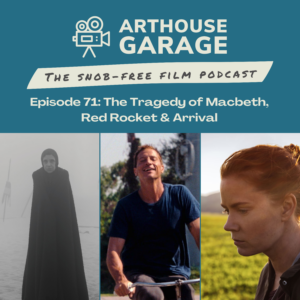 071: The Tragedy of Macbeth, Red Rocket, and an exvangelical discussion of Denis Villeneuve’s Arrival 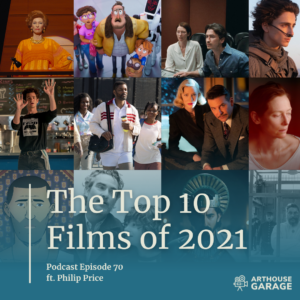 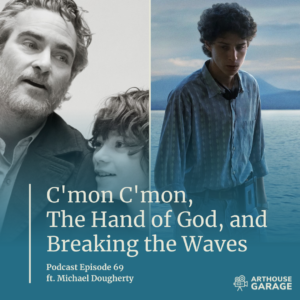 069: C’mon C’mon, The Hand of God, and Lars von Trier’s Breaking the Waves