Apollo 10½ is an odd marriage of nostalgia and childhood fantasy, wrapped in a pleasant little time-capsule

Apollo 10½ is nostalgic and sweet, and an important addition to Richard Linklater's body of work

Apollo 10½: A Space Age Childhood is the latest film from Director Richard Linklater, who also made films like Boyhood, The Before Trilogy, and School of Rock. This film is also animated, in the same unique style as two of Linklater’s other films, Waking Life and A Scanner Darkly.

The animation technique is called rotoscoping, and it involves filming the action of a scene, and then creating animation out of the footage by tracing each frame. This process used to be done by hand, but now there are digital ways to produce the same effect. This leads to a unique visual style that is incredibly lifelike, while still allowing for the bright colors and energy we tend to associate with animation. The film also occasionally breaks the rules of reality with little flourishes that couldn’t be created in-camera.

And this style works well for the nostalgic subject matter of Apollo 10½, which is based on the childhood of Richard Linklater himself. The film follows a young boy named Stan (the Linklater stand-in) who lives near Houston, TX. At the beginning of the film, in the year 1969, two NASA recruiters visit Stan at school and tell him they need a child astronaut because they mistakenly built the space shuttle a little too small. They tell Stan that he has been selected to undergo top secret training and fly this shuttle to the moon.

After setting up this charming premise, the story pauses, and then we’re taken back a few months to learn all about Stan’s life before this NASA recruiting occurred. Our narrator is adult Stan in the future, played by Jack Black, looking back at his family life and the culture of the 1960s in surprising detail. Like, an incredible amount of detail. At times, it’s less like watching a narrative film and more like reading a journal; as you might imagine, this has its positives and its negatives.

For the first half of the film, adult Stan tells us about life in the 60s— the TV shows he watched, the films that were popular, music, sports, what school was like, what his neighborhood was like, and what he spent his time doing. These are all recounted without any overarching story, but in little snippets that flow from one to the next. At about the halfway point, we catch back up to the NASA story and see the young Stan training for his secret mission, and we also see his experience of the events surrounding Apollo 11.

It’s an odd little film— a marriage of nostalgia and childhood fantasy not quite like anything I’ve seen before.

It certainly fits in to the rest of Linklater’s filmography, in a few ways. First: thematically. Questions of memory and how humans experience the passage of time have always been vital themes for Linklater, and Apollo 10½ uniquely furthers these ideas with the act of looking back, and looking back at length and in great detail. Near the end of the film, Stan’s mother gives sort of the climactic line of dialogue, which has to do with this very subject matter of “how memory works.”

This film also feels like a Linklater project because of the way it eschews a traditional narrative structure. Some of his other works are similarly without a conventional beginning, middle and end, like his film Dazed and Confused – which is, of course, the ultimate hangout movie. That film, much like Apollo 10½, would rather drop you into a world and let you experience it rather than take you on a journey with ups and downs like we’re used to from most cinematic storytelling.

And this format really suits Apollo 10½, although I don’t think this film works quite as well as some of Linklater’s others. There is definitely a sense in a few moments that some of the details we’re getting are more interesting for the filmmaker than they are for the viewer. Combined with the lack of narrative, that causes the film to drag a bit.

I’m also not a huge fan of Jack Black’s narration. It’s quite down-to-earth in a way that I’m sure some people will appreciate, but the style of it is so casual that it seemed sloppy somehow, maybe a bit amateur, and I found it somewhat distracting. Additionally, the plotting is just a little clunky. The film’s second half sets up a parallel of sorts between Stan’s secret child NASA mission and the actual Apollo 11, jumping back and forth. The parallel works nicely, but the way the film sets that up could have been a bit smoother.

On the whole, though, I am a fan of Apollo 10½. Some of the most interesting bits are when we get Stan’s perspective on the cultural events of the time. The strongest aspects of this film for me are when Stan is explaining how it felt to be a kid during the 60s, when so much was changing about the world, and so much was starkly different than it is today.

During one segment, Stan talks about NASA, and how futuristic everything seemed. People genuinely thought that science was advancing so quickly that they might live well past the age of a hundred, and be able to vacation on the moon, within their lifetimes. But at the same time, there was this feeling of impending doom because of the Cold War, and Vietnam, and there was also a real sense that the end might be near.

It’s one of the most compelling portraits of the 1960s I’ve seen on film. It’s a decade well before my time, but, after watching the film, I really felt that I understood this portion of history much better than I have before. The film essentially helps us live there for an hour and a half. I’m very curious to hear the thoughts of film critics older than myself who actually lived through this time, and whether it captures a similar feeling to what they remember.

The cultural divides on display are also quite interesting, though they only surface in a few moments. Themes of racial inequality and progressivism are briefly touched on in news programs the family watches on TV. It’s fascinating to see the differing reactions between Stan’s college-aged big sister and his father, whose politics are a bit more traditional and old-school.

Many filmmakers eventually turn the camera on their own childhood experiences, giving us nostalgia pieces like this one. But not every filmmaker is as obsessed with time and memory as Richard Linklater is, so it’s not surprising that his version of a childhood nostalgia film is as unique as this film is. Ultimately, the film feels perhaps a bit small, a bit slight. But it’s also incredibly sweet, and it absolutely carries Linklater’s distinct perspective. Apollo 10½ is easier, though no less thought-provoking, than some of Linklater’s other movies— it’s both a very pleasant time-capsule of a film and an important addition to his body of work. 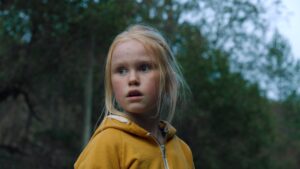 The Innocents: a moody but problematic thriller about the cruelty of childhood 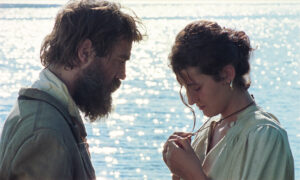 The Tale of King Crab: a nineteenth-century Italian folktale, richly imagined on film 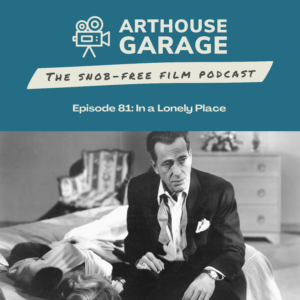 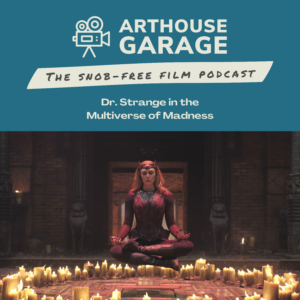 BONUS – Dr. Strange in the Multiverse of Madness 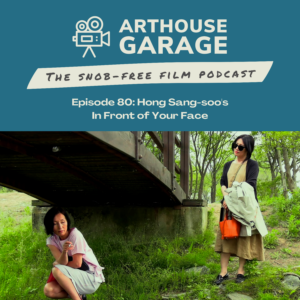